Lisen Hockings (Holden Women’s Racing) was crowned the overall winner of the 2016 women’s series holding off a late charge in just her first year of competition. In the men’s with two rounds remaining Cooper has moved in to the series lead, having won the last three races.

The High5 Dream Team completed their domination of the 2016 National Capital Tour, by winning both stages on the final day, and with Lucy Kennedy claiming her first ever general classification victory.

In a tight run to the line, Rebecca Wiasak sprinted home to win her second stage of the tour ahead of Mikayla Harvey (Mike Greer Homes Women’s Cycling) and Rylee McMullen.

“It’s incredible to win at home! My teammate Kendelle Hodges won stage three this morning and we went 1-2. I know this criterium course very well, we race here every week, so it’s so exciting to be able to throw both hands in the air,” said Wiasak who has won four of the last six NRS stages.

After picking up several Queen of the Mountain jerseys this season, Lucy Kennedy was happy to stand on the top step of the podium after claiming the overall victory.

“I’m really really happy to win the tour, and for the High5 Dream Team to win every stage of the tour. It was an incredibly successful tour, we cleaned up again!” said Kennedy.

“I’m so happy to have been able to contribute to the continued success of the team, we’ve now won the Subaru National Road Series team’s classification in the team’s first two years. 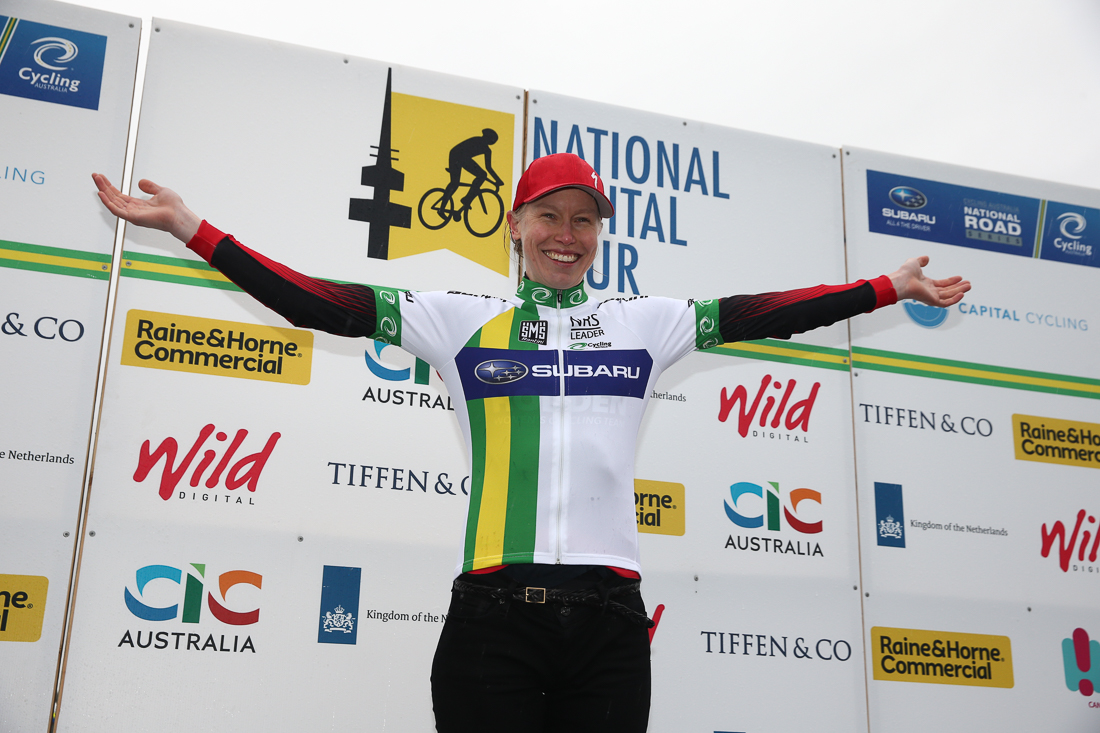 “It’s awesome to be able to come over and race it with the big guns for the first time! I’m really happy with the weekend and how it went with me and my teammates,” said Stewart.

“Obviously I didn’t know what it was going to be like when I came in and when I got here the level of racing was even higher than I thought. Obviously it’s been fast and hard but it’s been good to get a bit of racing under the belt.

For Cooper, it was a bittersweet day, as a crash on stage four dampened what was otherwise a successful tour.

“Nobody really wants to race in these conditions and then everyone wants to take risks and then I end up on the ground because two riders got tangled and took me out. It’s pretty average racing when they do that, I’m not 20 anymore and I don’t enjoy crashing,” Cooper said.

“It’s good to go back to back to back, that is three NRS tours in a row now, I don’t know if it’s been done before… I’m all about doing things for the first time.”